skip to main | skip to sidebar

Where the sidewalk ends 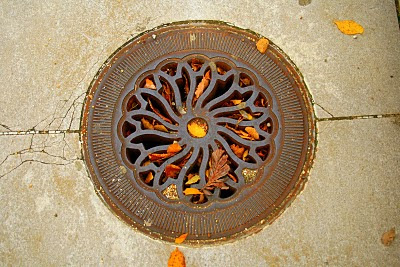 Let us leave this place where the smoke blows black
And the dark street winds and bends.
Past the pits where the asphalt flowers grow
We shall walk with a walk that is measured and slow,
And watch where the chalk-white arrows go
To the place where the sidewalk ends.

He wishes for the cloths of heaven 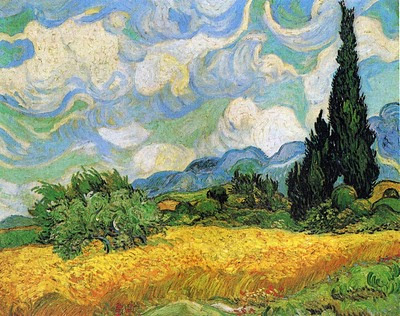 "Wheat Field with Cypresses" by Vincent Van Gogh
HAD I the heavens’ embroidered cloths,
Enwrought with golden and silver light,
The blue and the dim and the dark cloths
Of night and light and the half light,
I would spread the cloths under your feet:
But I, being poor, have only my dreams;
I have spread my dreams under your feet;
Tread softly because you tread on my dreams.
- W.B. Yeats
I love this beautiful recital from the movie " 84 Charing Cross Road" on YouTube : http://www.youtube.com/watch?v=lNeq7Dakv_k&feature=related
Share
Posted by Neha Misra at 8:33 PM 0 comments 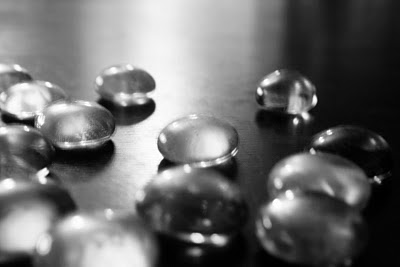 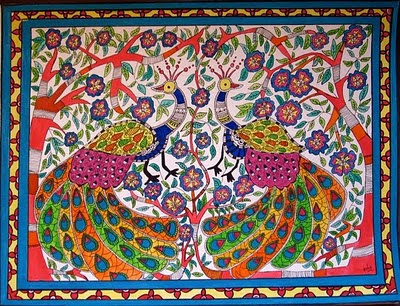 I do not love you 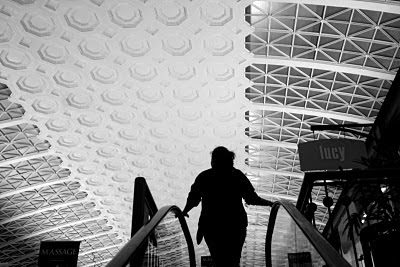 "Fluid " by Neha
I do not love you as if you were salt-rose, or topaz,
or the arrow of carnations the fire shoots off.
I love you as certain dark things are to be loved,
in secret, between the shadow and the soul.

I love you as the plant that never blooms
but carries in itself the light of hidden flowers;
thanks to your love a certain solid fragrance,
risen from the earth, lives darkly in my body.

I love you without knowing how, or when, or from where.
I love you straightforwardly, without complexities or pride;
so I love you because I know no other way

than this: where I does not exist, nor you,
so close that your hand on my chest is my hand,
so close that your eyes close as I fall asleep.
- Pablo Neruda ( Translated from Cien Sonetos de Amor - 100 Love Sonnets )
Share
Posted by Neha Misra at 12:18 AM 1 comments

A child said, what is grass? 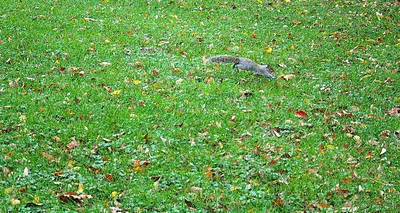 " Greenplay" by Neha
A child said, What is the grass? fetching it to me with full
hands;
How could I answer the child?. . . .I do not know what it
is any more than he.
I guess it must be the flag of my disposition, out of hopeful
green stuff woven.
Or I guess it is the handkerchief of the Lord,
A scented gift and remembrancer designedly dropped,
Bearing the owner's name someway in the corners, that we
may see and remark, and say Whose?
Or I guess the grass is itself a child. . . .the produced babe
of the vegetation.
Or I guess it is a uniform hieroglyphic,
And it means, Sprouting alike in broad zones and narrow
zones,
Growing among black folks as among white,
Kanuck, Tuckahoe, Congressman, Cuff, I give them the
same, I receive them the same.
And now it seems to me the beautiful uncut hair of graves.
Tenderly will I use you curling grass,
It may be you transpire from the breasts of young men,
It may be if I had known them I would have loved them;
It may be you are from old people and from women, and
from offspring taken soon out of their mother's laps,
And here you are the mother's laps.
This grass is very dark to be from the white heads of old
mothers,
Darker than the colorless beards of old men,
Dark to come from under the faint red roofs of mouths.
O I perceive after all so many uttering tongues!
And I perceive they do not come from the roofs of mouths
for nothing.
I wish I could translate the hints about the dead young men
and women,
And the hints about old men and mothers, and the offspring
taken soon out of their laps.
What do you think has become of the young and old men?
What do you think has become of the women and
children?
They are alive and well somewhere;
The smallest sprouts show there is really no death,
And if ever there was it led forward life, and does not wait
at the end to arrest it,
And ceased the moment life appeared.
All goes onward and outward. . . .and nothing collapses,
And to die is different from what any one supposed, and
luckier.
Share
Posted by Neha Misra at 10:42 AM 0 comments 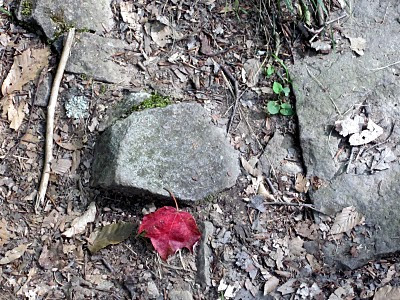 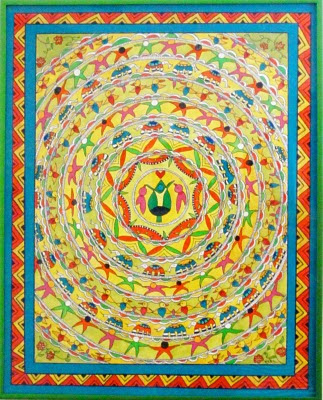 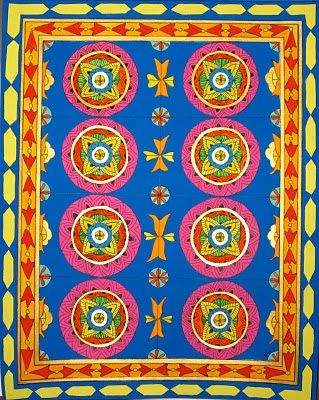 "We bloom" by Neha for BloomBars
In my dreams
flowers bloom
birds dance
fireflies giggle
In my dreams
cotton clouds float
slow motion moves
tin foil soldiers talk
In my dreams
geometry is a
symmetrical
tree of asymmetry
In my dreams
strangers embrace
sunshine rhymes
jingles mingle
In my dreams
muses multiply
words are silent
honey rains
In my dreams
imperfect line says
i am a perfect
piece of paradise
In my dreams
center is everywhere
circumference
nowhere
In my dreams
accordion plays on
lady bug gives hugs
space and time merge
In my dreams
colors keep running
into one another as
a kaleidoscope painter
In my dreams
horse with no name
runs in blue skies
with ballerina daisy
In my dreams
serendipity rules
without any rules
beginnings are endless
In my dreams
turquoise color day
meets deep blue nights
with red fire of heart
In my dreams
left is equal to
right is equal to
being anywhere you like
In my dreams
we look the same
door bell rings
custom love song
On soft pillow of wonder
How do you bloom?
-Neha
Share
Posted by Neha Misra at 3:05 PM 0 comments

Neha Misra
United States
An explorer, an artist, an activist, a social entrepreneur, a poet and a writer looking for treasures beyond any measure. My favorite words are 'Love' ( which is the meaning of my name, as also my effort to be the meaning of my existence) and 'Serendipity' ( which keeps finding me around every nook and corner !). I like looking at moving clouds endlessly changing their shapes and shades, listening to chirping birds singing their songs, discovering new worlds in old book stores, taking photographs of the sky, the earth and everything in between. Love experimenting with random acts of creative kind(ness). Cherish reading and writing about the beauty and enigmas of nature, the human mind and myworldbeyondstars.

24.Laughable Loves by Milan Kundera
23.A Place Where Sunflowers Grow by Amy Lee-Tai
22.The Dream of a Common Language by Adrienne Rich
21.Girl in Hyacinth Blue by Susan Vreeland
20.Levels of Life by Julian Barnes
19.The Awakening by Kate Chopin
18.The Sign of Four by Arthur Conan Doyle
17.Plain Girl by Arthur Miller
16.I Saw A Peacock With A Fiery Tail by Ramsingh Urveti
15.The Moon and Sixpence by W Somerset Maugham
14.A Study in Scarlet by Arthur Conan Doyle
13.84,Charing Cross Road by Helene Hanff
12.Sita's Ramayana by Samhita Arni and Moyna Chitrakar
11.Fear of Flying by Erica Jong
10.The Painter of Signs by R K Narayan
9.The Proposal by Anton Chekhov
8.The Hen Who Dreamed She Could Fly by Sun-mi Hwang
7.An Ideal Husband by Oscar Wilde
6.The Book of Laughter and Forgetting by Milan Kundera
5.Anne of Green Gables by Lucy Maud Montgomery
4.Mrs.Dalloway by Virginia Woolf
3.The Secret Lives of Baba Segi's Wives by Lola Shoneyin
2.Kama Shilpa by Francis Leeson
1.A Room Of One's Own by Virginia Woolf

My cupboard of soulful music